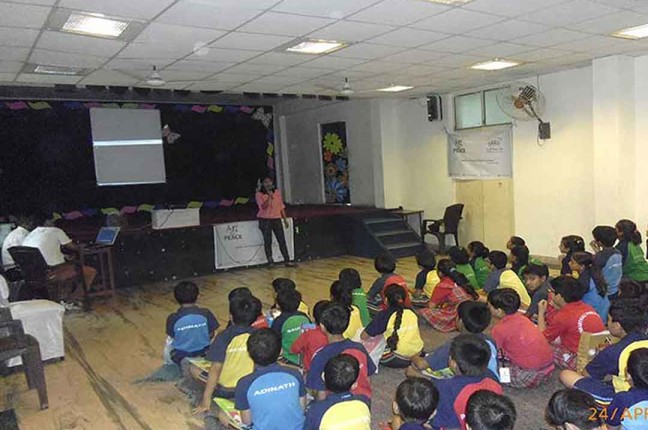 Majority of the population around the globe is passing through a phase of turmoil and turbulence. The children are the sprouting future of this planet earth. Where does lie the vacuum, which the Mother Nature does not appreciate? It is the absence of peace in majority of the hearts of the grown up people and hence, the children are totally unaware of it while they are the epitome of peace and love. An effort was made at Vanasthali Public School having children of classes from III to VIII to let them express their inner feelings on Peace by way of Art. Two groups were made – one having children from III to V and the other from VI to VIII. For the first group the subject was ‘Is peace possible?’ and for the latter one it was ‘The Ant Story.’

Children participated with all their instinct and imagination so wonderfully that it was worth watching them playing with colours creatively and presenting so beautifully the essence of life – Peace. All including the staff, the parents who came and the volunteers who organized this competition for inspiring the children to peep into the domain of peace were so cheerful and full of enthusiasm. This initiative was appreciated by all. Especially the Art teacher expressed wish to be a part of it. Many of them were overwhelmed. A success it was. “Count the garden by the flowers, never by the leaves that fall….”

Music for Peace at National Association for the Blind, Mumbai 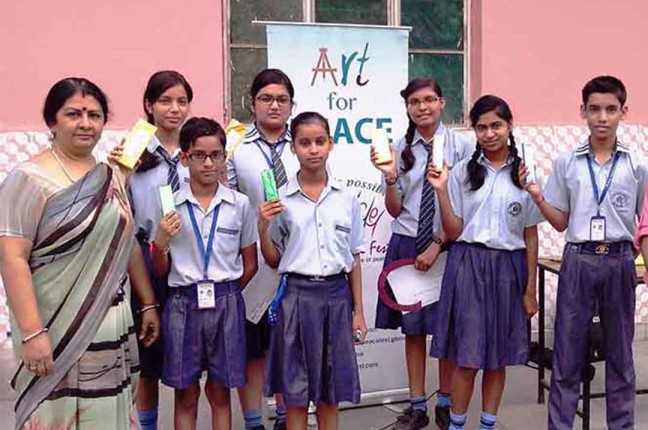 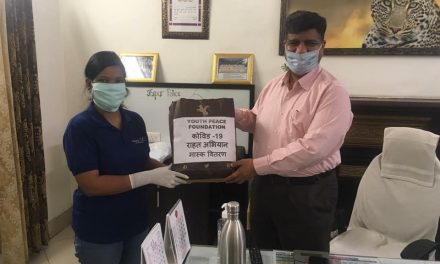